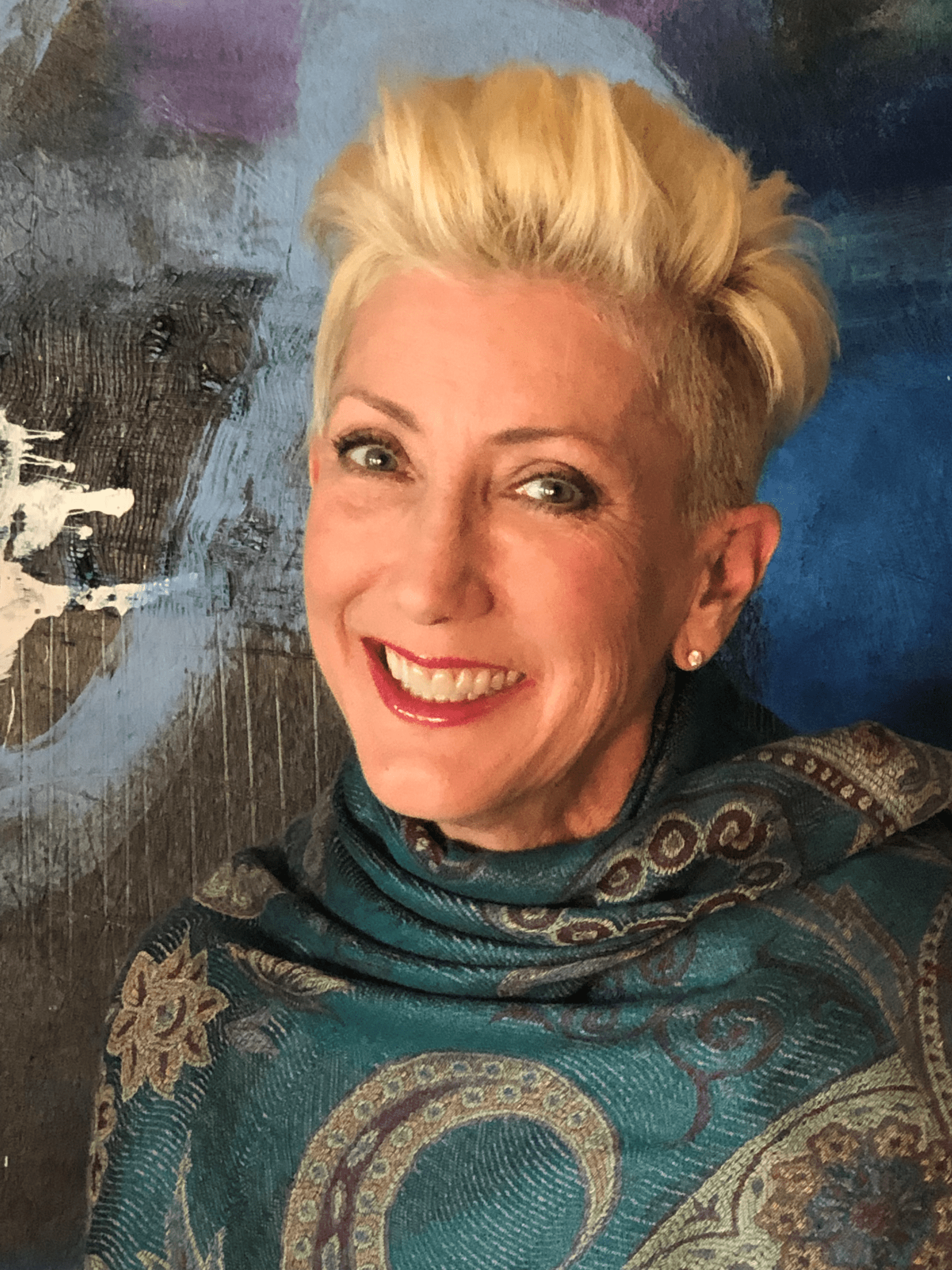 Just a hayseed from Oklahoma…that landed in California!

A hayseed from Oklahoma, I think not! My mother had other plans for me. She wanted me to be sophisticated, poised, and proper; she wanted me to be very well-mannered, and to have a belief in faith and family. These were all well and good, but the tomboy in me wanted nothing to do with that world; it would shout: “Let me out! Let me out!”

School was never my thing – I hated reading, math, and science – but I followed along the path that they had built. It led me to college, to a career, and to a family but – through a tragic yet magical twist of fate – the tomboy was released and ready to play!

Don’t get me wrong – I love to dress up, wear the nicest clothes, and go to swanky parties, but I equally love getting dirty, slushing around in paint, and just letting my arms fly free. There is nothing better than feeling the paint run between my fingers…it is pure joy. I also like to incorporate found objects into my work, like metal, cardboard, and shredded canvas; if it’s raw or recycled materials, it’s fair game. All of these items give my abstract pieces an urban aspect, and lend to that gritty tomboy style. I battle sometimes between the pretty and the gritty in my art, but revel in the chaos that moves my work forward – it’s electrifying!

It releases the rules and the limits, and I find that childish freedom – and that tomboy – that wanted out!

Ann was born in Enid, Oklahoma, and was educated at the University of Oklahoma, where she graduated with a degree in Interior Design. She moved to San Diego in 1984, where she lives today with her husband, with whom she has three adult children.

While her artistic impression was constant throughout her life, Ann’s foray into the art world was primarily developed while working as a volunteer art teacher for the San Diego public school system. Over the years, Ann has honed these skills in the development of her own style, and currently teaches intermediate and advanced art classes on her painting methods and theory. Ann also represents fellow artists and is involved in the promotion and distribution of their art on a national level.

Today, Ann is a full-time career artist, with pieces showing in domestic galleries and exhibits across the United States, as well as in shows in Mexico and Spain. Her style is influenced by the bright colors of nature, which she incorporates into her paintings using a vibrant library of paints, brushes, stencils, nail sets, and any other tools she finds along the way. She creates a layered history in every piece, bringing the energy of the world into her work. In her commitment to sustainability, Ann also incorporates recycled materials such as metal, cardboard, and shredded canvas, and aims to use every drop of paint to add dimension to the stories that lay beneath the layers.