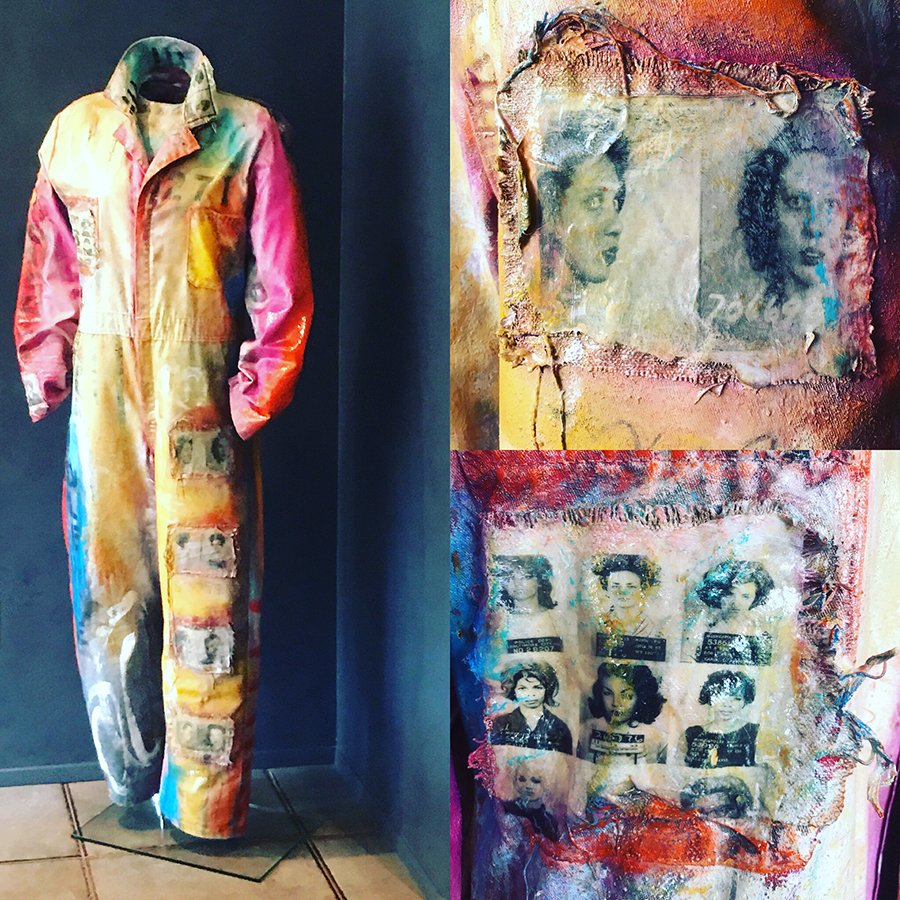 In my work “Hanging By a Thread” my intent is to depict the life of women in prison, and how they came to be there.

The number of these women has increased 500% over the past two decades, making women the fastest growing population of prisoners in the United States.

The majority of these women and girls were victims of physical or sexual abuse prior to entering the system, and many of them have been victims of female trafficking and used as pawns for prostitution, drug trafficking, and other crimes.

Represented on the back pocket of “Handing By a Thread”, the women illustrate the analogy of the abusers keeping them in their back pockets, using them as pawns and giving them little hope of a real life, where they are essentially literally hanging by just a thread.